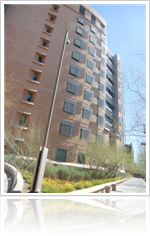 The Firm recently prevailed in defense litigation on a case involving a driving on suspended/revoked driver's license violation. Through its case investigation, the defense discovered a violation of the defendant's Fourth Amendment Rights (unlawful seizure of evidence) and moved for a suppression of this evidence. The Fourth Amendment to the United States Constitution provides that persons shall be secure from unreasonable searches and seizures, and in this case the defense was able to successfully argue that the client's constitutional rights had been violated. The State subsequently dismissed the case.

Suspensions resulting from these types of offenses can last from months to years and depend upon the severity of the situation. Once a person has lost his/her driving privileges, it is considered a crime to drive until the license has been reinstated. According to the Arizona Revised Statutes, § 28-3473 (A) "Except as otherwise provided in this subsection, a person who drives a motor vehicle on a public highway when the person's privilege to drive a motor vehicle is suspended, revoked, canceled or refused or when the person is disqualified from driving is guilty of a class 1 misdemeanor. If the suspension is pursuant to section 28-1601 and the person presents to the court evidence that the person's privilege to drive has been reinstated, the court may dismiss the charge of driving under a suspended driver license."

If you have been charged with a driving on suspended/revoked license, the Firm can help. Mr. Buckallew has handled countless criminal cases over the course of his career and has achieved successful resolutions, including dismissals and acquittals, on many of the cases he has handled. Contact the Firm today for a free evaluation of your pending criminal case.