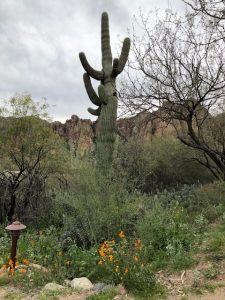 END_OF_DOCUMENT_TOKEN_TO_BE_REPLACED

Every year Florence, AZ is host to Country Thunder, the biggest outdoor country music festival in the state. The festival is sure to draw in thousands of fans young and old. With temperatures this weekend forecasted in the 90’s, you will want to be sure to have plenty of water, hats, and sunscreen! Above all, have a great time and be safe.

According to local news outlets, there will be an increased presence of Sheriff’s Deputies, undercover officers and security to ensure the safety and security of everyone attending the festival. Keep in mind, the Pinal County Sheriff’s Office (PCSO), the AZ Dept. of Liquor License/Control, and the Florence Police Department in years past have issued hundreds of citations over the course of the 4-day weekend, particularly involving underage drinking related violations, including Minor in Consumption and Minor in Possession, as well as using fake ID’s to buy alcohol and furnishing alcohol to a minor. We have also seen numerous DUI/DWI cases occur as attendees leave the festival.

If you were arrested by the Pinal County Sheriff’s Office (PCSO), Florence Police Department, AZ Dept. of Liquor License/Control, or any other agency during Country Thunder weekend, contact the Firm to arrange a free evaluation regarding your case. We have handled countless Country Thunder citations over the years and are familiar with the local courts as well as the typical violations we see coming out of this festival each year. Depending on the agency you were arrested by, your case will likely be cited into either the Florence-Coolidge Justice Court located at 400 South Central Avenue in Florence, AZ or at the Florence Municipal Court located at 775 North Main Street in Florence.