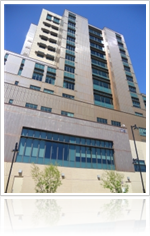 What is a crime involving moral turpitude?

According to Black's Law Dictionary, moral turpitude is defined as "Conduct that is contrary to justice, honesty or morality." It is important to understand the consequences if convicted of a crime involving moral turpitude (CIMT), particularly as it relates to immigration matters. These types of crimes can also have an impact on a person's ability to pursue meaningful employment, as prospective employers may call into question, a person's honesty or integrity if these types of crimes are found during a background search.

What types of crimes are deemed to be crimes involving moral turpitude? The more common crimes include the following:

The immigration consequences, if convicted of a Crime Involving Moral Turpitude can lead to deportation under U.S. immigration statutes, if an alien has no U.S. immigration status. The alien is subject to exclusion from the U.S. for a minimum of 15 years and can also establish a basis for deportation, under certain circumstances, of aliens who have some immigration status, according to a recent article in The Champion magazine (published by NACDL). Because of the significant immigration consequences associated with Crimes Involving Moral Turpitude, it is critical to seek the advice of an experienced attorney who understands the impact of these types of crimes, before making any decisions in your case.

Not only can these crimes have an impact on immigration status, but CIMT's can also have long term consequences for citizens of this country, particularly in an individual's pursuit of a meaningful career. It can be very difficult to gain employment with a criminal record and the stigma of this record can follow a person for a lifetime. While there are laws protecting individuals from employment discrimination, public employers in the State of Arizona may deny employment to an individual with a criminal record if there is a reasonable correlation between the type of conviction and the position being sought after. For example, if a person has a drug conviction, an employer may determine that this will have no impact on handling the duties of an office clerk, if that individual is otherwise qualified. However, if the person is seeking a position as a pharmacist, then the drug conviction may be an impediment to obtaining a position in this field. As such, employers such as banks or other financial institutions, cashiers, or other positions that involve the handling of money or other valuable items, may be hesitant to hire someone who has been convicted of Theft, Fraud, Financial Crimes, or other Crimes Involving Moral Turpitude. Because the laws regarding employment, with respect to convictions of crimes involving moral turpitude are riddled with complexities, it is imperative that you seek the advice of legal counsel before making any decisions that may have a long lasting impact on your livelihood.

Contact the Firm today for a free evaluation of your case, if you have been charged with a Crime Involving Moral Turpitude, or any other criminal charge. The Firm represents individuals in Gilbert, Scottsdale, Chandler, Mesa, Tempe, all surrounding East Valley Cities, Phoenix, and all surrounding West Valley Cities.

Have questions?
Contact Us to schedule a FREE initial consultation!