The Firm represents individuals with pending felony cases, probation violations, and appeals in the Maricopa County Superior Courts, including the Downtown Phoenix Court Towers as well as the Southeast Facility in Mesa. The Firm handles all types of complex felony cases, including (but not limited to) Homicide, Aggravated DUI/DWI cases, Felony Drug Offenses, Aggravated Assault and other dangerous crimes, serious Sex Crimes cases, Property Crimes, White Collar Crimes, Probation and Parole Violations and many others. Mr. Buckallew has extensive experience as a criminal defense attorney and has a reputation for zealously defending each and every one of his clients. If you have been charged with a felony crime in Maricopa County, contact the Firm today for a free evaluation of our case. 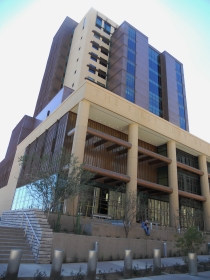